The Psychology Behind Littering

The Psychology Behind Littering

Cheap Skip Bin Hire on the Brain: The Psychology Behind Littering

Littering has been a no no for a long time, and yet we’re all accustomed to seeing trash in places it isn’t meant to be. It’s easy to imagine that only a careless minority litter, but the amount of trash left behind after crowded events such as parades and festivals suggests that the number might be higher, and if we think back, most of us probably have at least a few memories of littering ourselves. So why do we continue to litter, despite the fact it’s both frowned upon and bad for the environment, and what can we do to reduce it? Psychology provides several answers. 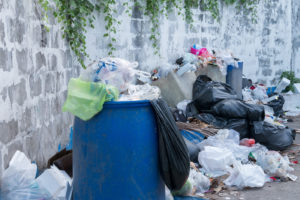 According to Loretta Brown, a marine debris and outreach specialist, littering might well be an instinctive human behaviour, and until quite recently, it wasn’t such a bad thing:  “It probably goes to our roots as a species . . . We’ve always had refuse of some kind. In the beginning, it didn’t matter if you threw things on the ground, because it was biodegradable and would rot. It wasn’t a problem until plastic was invented.” Even after plastic turned litter into a far more intractable problem, it took some time for the problem to be recognized by wider society. Surveys from as late as the 1960s reveal that people viewed openly throwing away rubbish in public far more benignly than they do today.

By the 1980s, however, public awareness had grown, and littering had come to be seen as very much unacceptable. A few psychologists have investigated our continued tendency to litter, and a couple of factors seem to have a powerful influence on whether or not people choose to do so.

One of these factors is convenience. Social psychologist Wesley Schultz found that the distance to the nearest bin played the biggest role in determining whether or not a person would litter – the further away the bin, the more likely. In general he found that people would prefer not to litter, but were more likely to do so if holding on to their trash became inconvenient.

The second factor which plays a large role in determining whether or not people choose to litter is their perception of social norms and expectations. Schultz found that existing litter in a space, a visual cue that other people thought littering was acceptable, increased the likelihood of people dropping trash. Another psychologist, Robert Cialdini, conducted an experiment  in a carpark, in which a piece of paper was stuck on the windshield of various cars. In one scenario, some of the subjects of the experiment saw somebody picking up rubbish and looking disapproving before they reached their car, while other subjects didn’t see this. No one from the group who saw someone picking up trash tossed the paper in their windshield away, while a third of the group who didn’t see anyone picking up trash did.

Utilizing people’s responsiveness to social norms is therefore one powerful way of changing littering behaviour. Cialdini suggests that the best way to do this is to make littering sound like abnormal behaviour in any signs or messaging:  “You need to indicate disapproval of littering in all of your signage, not by saying that there are so many people littering, but by saying that if one person litters, it destroys the beauty of the park.”

Another effective method is to expose people to the effects of litter and waste, showing them that, contrary to their ancient instincts, the rubbish that they throw away does not just disappear. In Alaska, where currents deposit trash from many different countries, the Anchorage Museum holds an exhibit displaying some of the this rubbish under museum lighting in order to try and encourage discussion of the topic. Julie Decker, the director of the museum, has found that being exposed to the results of littering in this way raises awareness of the role we each play, and has been effective at generating discussion on ways to change behaviour.

Unfortunately, humans seem to be naturally driven to litter when it is convenient. But other powerful psychological motives, such as our desire to conform, mean that there are effective ways of encouraging all of us not to litter.

If there’s litter on your property that needs taking care of, Junk2Go offer a convenient alternative to skip bin hire. Call 0800 584 524 today.