If you’re currently on the lookout for cheap skip bins to take care of some excess household waste, it’s likely that although price and convenience are important, you also want your rubbish to end up in the right place. As we become ever more aware of the environmental problems that are caused by improper waste disposal, more and more people are interested in learning about how to recycle and reuse more.  Communities that excel at minimising waste are therefore increasingly of interest, so it’s unsurprising that Kanimatsu, a small town with a population of under 2,000 located in southwestern Japan, has been receiving a lot of attention in recent years.

Kanimatsu manages to recycle 81% of its waste, and has set the ambitious goal of reaching a 100% recycling rate by 2020.

On average, recycling rates don’t get near this – even in other developed countries. Germany performs the most highly with a 65% recycling rate, while Australia sits at 41% and the US at 35%. 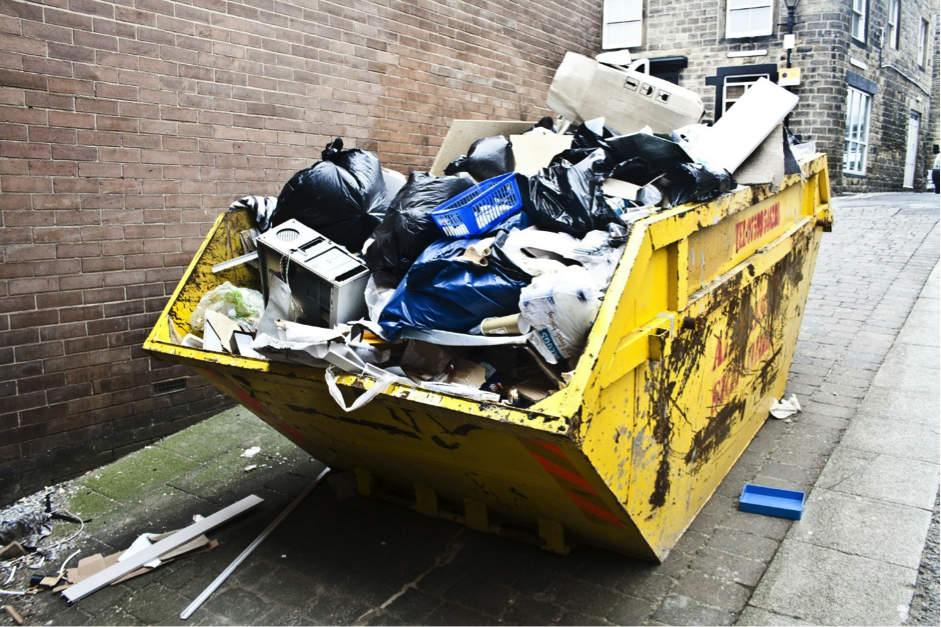 The recycling rate in Japan as a whole sits much lower, at 19%. Much of Japan’s unrecycled waste doesn’t end up in landfill, however, owing to the limited space which the country has to bury rubbish in comparison to countries such as the US . Instead, Japan resorts to burning most of its rubbish, a method which, as we’ve mentioned in the past, is also used in Sweden. In Japan, a special technique called fluidised bed combustion is employed, which produces fewer chemical pollutants than other burning methods – some of the heat from this incineration is also used to generate electricity. As a result, this method of waste disposal, although clearly not on par with composting or recycling, is actually considered more environmentally friendly than landfill.

In rural Kanimatsu, however, this sort of high-tech incineration was not available. Instead, rubbish had to be dumped into an open air incinerator. The visibility of this method meant that the damage it caused to the environment and people’s health was easy to see. In 2003, Kamikatsu stopped disposing of rubbish in this way, and set the ambitious goal of becoming Japan’s first waste-free community by 2020.

In order to achieve this, Kanimatsu created rules to sort waste into a range of materials. By 2015, waste was being sorted into 45 types, including  six varieties for metal and a whopping nine for paper. Sorting rubbish more thoroughly allowed the town to find more organisations that were able to recycle and make use of each specific material. As a result, only a few waste products, such as PVC and diapers, are unable to be recycled, and Kamikatsu hopes to recycle even these in the future.

The success of Kanimatsu’s recycling program has depended a lot on community involvement. There is no rubbish collection service, so locals have to bring rubbish to the town’s recycling depot themselves. The meticulous rubbish sorting also has to be done by everyone, although somebody is on hand at the depot to help them do this correctly. Materials which are brought to the depot are sometimes reused instead of recycled; there’s a store where unwanted items such as furniture can be left in exchange for items which others have left behind. A factory has also been established nearby where products are made from discarded soft toys and clothing.

Just as residents were able to see the negative effects of open incineration in the past, they now are able to see the benefits of their recycling efforts. A sign beside each rubbish category describes what each material will be recycled into. It also states how much recycling each material costs, or how much the town earns for selling it. Kamikatsu receives as much as 3 million yen per year by selling materials such as paper and metals, reducing the cost of its waste disposal overall. In fact, the new recycling process works out around a third cheaper than the old method of simply burning rubbish.

Kamikatsu’s sustainable waste disposal methods might not be replicable everywhere, given that they suit a small rural town, and rely on a high degree of cooperation and labour. Nevertheless, there may be lessons which can be learned from Kamikatsu’s success that could be applied to many other communities.

If you’re searching for a cheap and environmentally friendly alternative to skip bins, look no further than Junk2Go. You’ll only pay for the space your rubbish takes up, and you can feel good knowing that up to 70% of what we collect is recycled or repurposed. Call 0800 586 524 today for a  free quote.