Top Waste Collection Services from Around the World

Top Waste Collection Services from Around the World

Waste Collection Services from Around the World

While we’re proud of our junk pickup service here at Junk2Go, we can’t help but take our hat off to some of the waste collection initiatives going on around the world. Cleverly utilising advances in technology and infrastructure,  a number of countries both rich and poor have managed to dramatically reduce the amount of waste sent to landfills, and some have even produced some surprising side-benefits from their waste.

Sweden, already competent at recycling a large portion of its waste conventionally, has managed to ensure that less than 1% of the remainder ends up in the ground by using it to keep warm instead. Energy from waste incinerators is transferred a 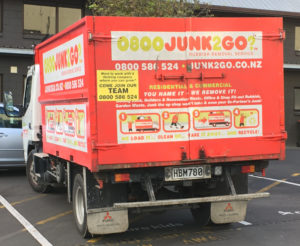 cross a national heating network and then used to heat buildings over the long, cold winter.  Given that burning rubbish isn’t usually thought of as the most environmentally friendly practice, the initiative does have its critics, but it acts as an effective alternative to the use of environmentally damaging fossil fuels. This replacement has been so effective that domestic demand now exceeds supply, and Sweden have taken to importing rubbish from other countries in order to sustain its heating system.

In India, the problem of increased plastic waste has been tackled on the molecular level by a  professor of chemistry. Rajagopalan Vasudevan developed a method for transforming plastic waste into a key ingredient in the asphalt used for road construction. Up to fifteen percent of this substitute can now be used instead of bitumen, effectively turning a source of environmental problems into a cost saving resource.

Leading the way with another kind of technological advance Belgium has developed “cutting edge” shredders for large items such as cars, which up until now have been hard to recycle. Using these shredders, over 90% of a vehicle’s material can now be recycled. These shredders are so impressive that other countries around the world have been buying them too.

Lastly, a collection service developed by a doctor in Indonesia has not only addressed the environmental issues caused by uncollected waste, but also become a means of funding healthcare for the uninsured. In Malang City, where conditions resulting from uncollected waste were causing health issues, Dr. Gamal Albinsaid came up with the concept of accepting rubbish as a form of payment for medical care. Organic waste received is turned into fertiliser, while inorganics go towards recyclable products. The profits from these materials are then returned to healthcare services, helping those who cannot normally afford it to gain access to medical care.

There you have it, some of the more innovation rubbish collection schemes from around the world. If an Auckland waste collection service is what you’re looking for, however, then look no further than Junk2Go. Give us a call on 0800 586 524 today.