You may have found yourself wondering, in the middle of clearing out an overladen wardrobe or cupboard, how so much junk could possibly have accumulated in your home. And while we all know that part of the answer lies in our natural tendency to hoard and have trouble getting rid of things, this tendency has probably only been made worse by a relatively recent change to lifestyles, namely, bigger houses. 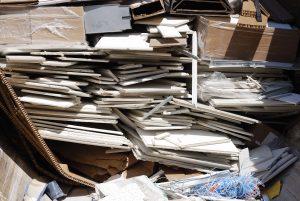 In larger western countries such as the US, it’s been well-documented that houses are growing larger. According to one advocate of smaller homes, Michelle Schroeder-Gardner  back in the 1950s, the average house covered an area of 900 square feet. Today, this average has grown by more than two and half times, to 2600 square feet. Larger homes provide space and luxury, but they also afford us more opportunities to collect excess furniture and other possessions which may well turn into later hassle. And of course, as things stand property is becoming increasingly unaffordable in Auckland, and is even more exorbitant in other parts of the world.

Minimalists and other advocates for simpler living have pointed to downsizing as a way of both forcing us to live with less clutter and reduce the cost of housing. As Michelle points out, “Having an extra room doesn’t mean you have to fill it with furniture, but it’s really hard not to.” A smaller space, on the other hand, forces one to put away things one isn’t using, and puts a check on acquiring more possessions that aren’t needed.

Living in a smaller space makes storing what possessions are needed more tricky, but it can also help one to develop more innovative and efficient storage solutions. One recommendation from freelance writer Jack Frey is to add storage spaces to ceilings or stairs, or simply to utilise existing space more effectively by storing possessions under the bed and taking advantage of closet space to store more than clothes. The ease of “digitizing documents” also frees up space that might once have gone to filing cabinets and folders.

In cities with truly astronomical real estate prices, such as New York and San Francisco, changing from a 2 bedroom to a single bedroom apartment can lower monthly expenses by around $1000 per month. Even if you happen to be lucky enough to live in an area where space is cheap, Michelle points out that simply having a larger home can cost more at every stage. A bigger house, of course, means a larger space to provide with heating, power, and water. It will also cost you more over time because there is more of everything, from kitchen countertops and flooring through to the paint on the walls, which needs to be bought and maintained. If the size of a property stretches your budget to the point of forcing you to use lower quality materials, you could end paying more in the long run for repair and replacement. All of these savings have an eco-friendly dimension as well, because they result in the use of fewer resources.

Downsizing has probably been taken to its furthest extreme by the Tiny House Movement, a movement arguing for simplified living in smaller homes. Tiny houses are homes which are usually miniscule enough to have wheels or trailer attached and be moved from location to location. Once built, their residents are able to live cheaper by avoiding the costs of both owning land and paying rent on a property.

As house prices rise, the movement has been embraced by some in NZ. An Auckland musician and actor, Bryce Langston, spent around three years and approximately $70,000 creating his own mobile tiny house, allowing him to avoid renting while owning a home mortgage-free. Other people who have tested the tiny house lifestyle in New Zealand include Ness and Jess Ortiz, who built a home on wheels measuring just 8 by 2.5m. According to Ness, many people considering living in a tiny house worry about being able to find a patch of land to dwell on, but opportunities are numerous and range from owners of large lifestyle blocks who wouldn’t mind a bit of extra income to older people who feel more comfortable or secure having someone else staying nearby on their property.

Although the tiny house movement is undeniably liberating for some, it involves a pretty dramatic lifestyle change and probably isn’t for everyone. That said, it does give us an idea of how much potential we have to change our lifestyle through downsizing and simplifying, and the lower cost of living and greater degree of freedom which this could offer us.  Before the downsizing can happen, however, there has to be a declutter, and this is where Junk2Go come in. If you are thinking about downsizing but need some help with furniture or other junk removal, then give Junk2Go a call on 0800 586 534 today.